I have been surrounded by cars since I can remember, in the 1980's my father was a Nissan salesman in Boston and he would often bring home a young kid's dream, a Nissan 300ZX Turbo sports car. My family would take weekend trips to Lime Rock Park in Lakeville, Connecticut to watch actor Paul Newman race and I would use my father's camera to make pictures of the race cars. While pursing a degree in graphic design at Northeastern University I started photographing classic cars in a graphic style.

This ongoing series represents fifteen summers of attending local classic car cruise nights and car shows. I use the frame to create strong graphic images with focus on the car's details, clean lines and bold colors. The cars represented here span a time frame from the 1930's to the 1960's when American automobiles were viewed as rolling works of art. 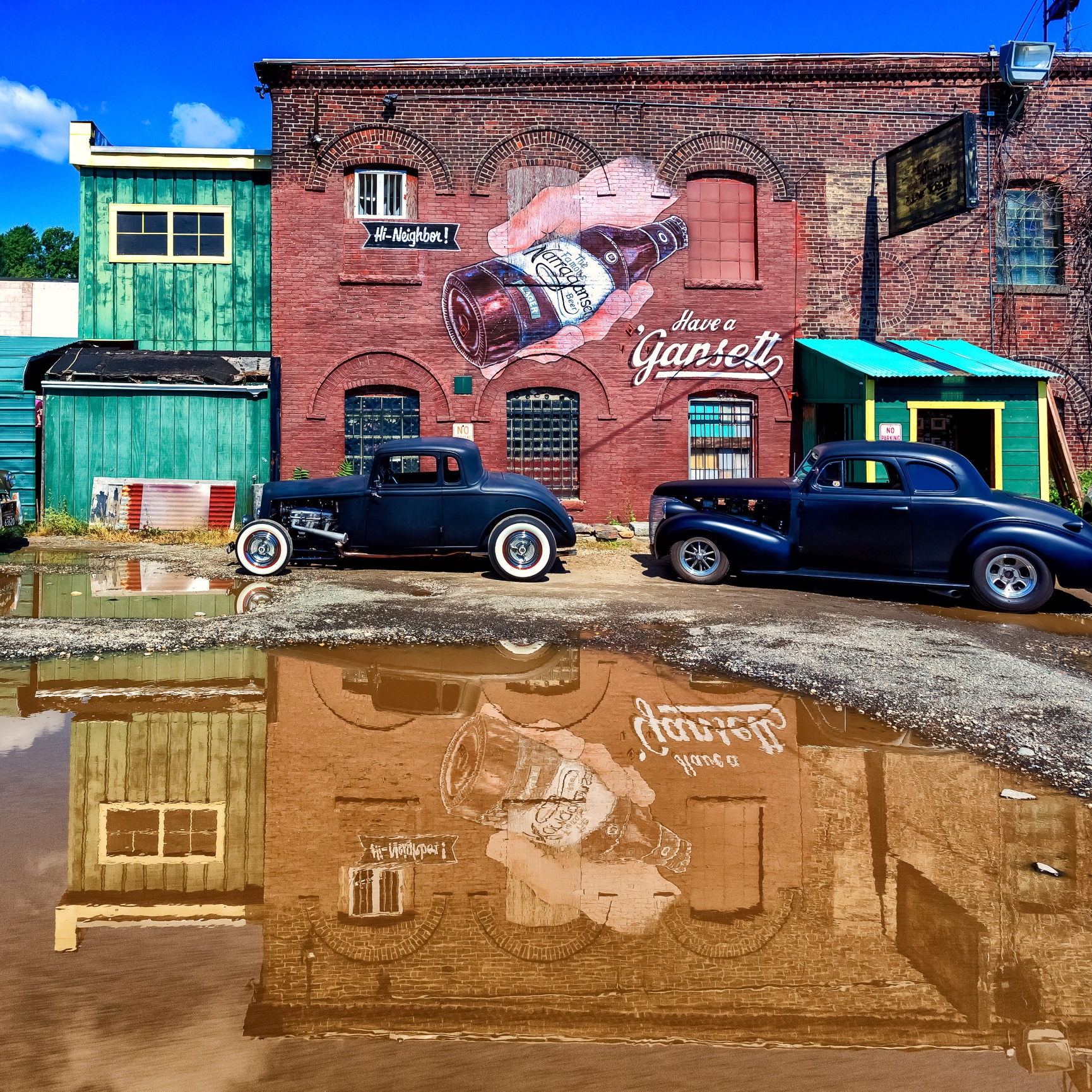